If It Doesn't Move - Paint It!

If it moves salute it, but if it doesn't, paint it! This has been a common saying in the military and other places from the time my dad was in the Air-Sea Rescue arm of the RAF in the '40s and before. It probably has something to do with "idle hands are the devil's playthings" - if you keep them (hands) busy, they won't get into trouble. At least that's my take on it.
I attended the Society of Decorative Painters annual convention last week where there's lots of things to paint. It's been a long time since I've had an opportunity to go to a painting show, in fact I think the last one was the Creative Paint show in Las Vegas about 6 or 7 years ago. I have to admit that I noticed two significant changes at the one last week: 1. It was a lot smaller, and 2. nothing had changed much, except, like me, everyone was older. I really didn't expect to see any differences in the styles of painting. Folk Art is, by nature, very traditional so it will always stay the same. Rosemaling (Norwegian), Bauernmalerei (Bavarian), Zhostovo (Russian),etc will always be just that and painters will continue to paint designs on wood, bisque and metal in an assortment of shapes and sizes. There was one significantly different surface however, being painted on by Priscilla Hauser, the undeniable Queen of Decorative Painting, that, even I, never expected to see! Take a really, close look at the photo below and see if you recognize the surface she was using for one of her famous roses. 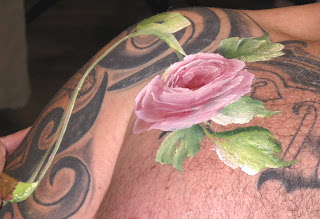 What did Priscilla paint her rose on? 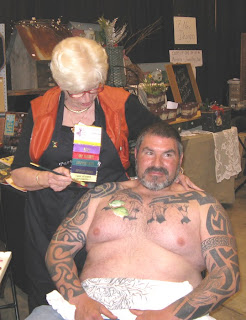 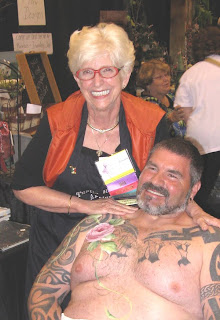 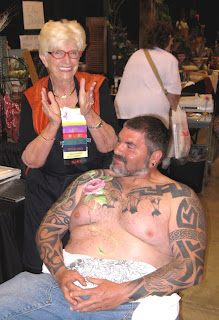 This gentleman was obviously not moving fast enough to escape Priscilla's brush!

I'm not sure where the idea came from, but I was visiting with Priscilla when one of the society board members arrived with Jason, a convention center security guard in tow. I think he was a little nervous when asked to remove his shirt, but he was a good sport - no doubt encouraged by the group of ladies who were now surrounding Priscilla's booth.

There was also an Elvis sighting on the show floor, courtesy of Loew-Cornell, in keeping with the show's theme, Shake, Rattle & Roll. 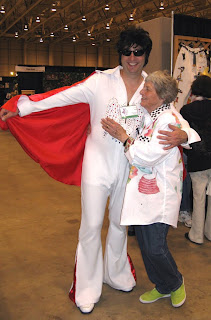 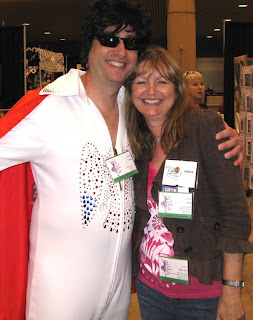 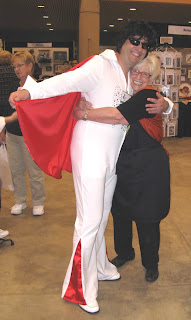 Left to right: "Elvis" with Doxie Keller, Me and Priscilla Hauser
Here are a few photos I took which show some of the different types of decorative painting styles, the booths and their beautiful displays. 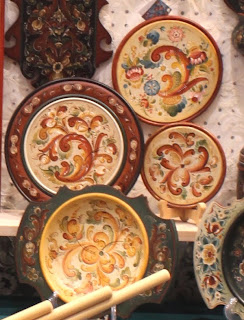 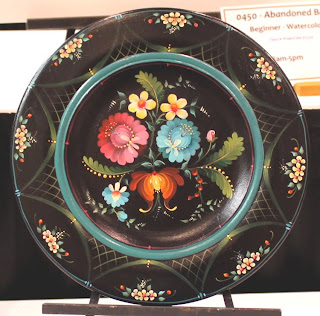 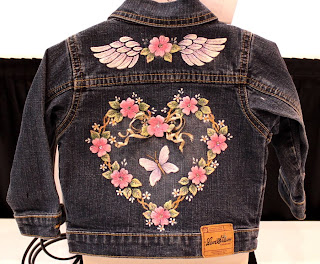 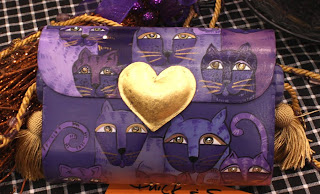 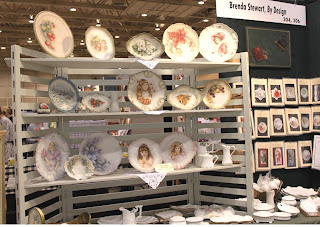 Painted china/bisque pieces and a close up of some of the pieces by Brenda Stewart. 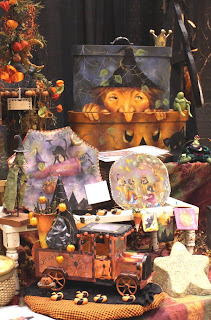 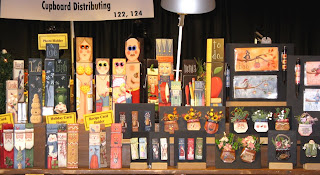 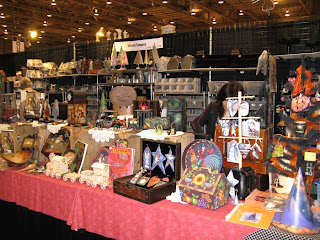 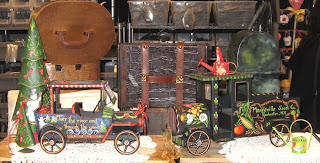 Della and Company had lots of metal surfaces to paint like these vintage cars. 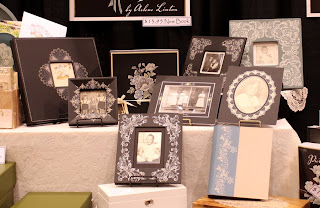 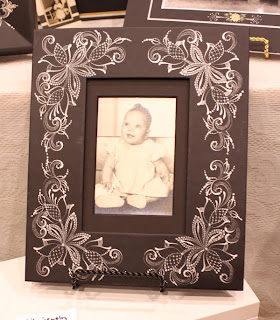 Arlene Linten, Linens and Lace Collection, is also a scrapbooker, so you can see some of her exquisite white lace designs on photo frames.
I also bumped into a Scrapbook Memories fan - Betty Shipman, who is a decorative painter. Betty was demonstrating Diane Bunker's fabric painting techniques (see below). And here's one more look at Priscilla as she finished her rose painting technique. 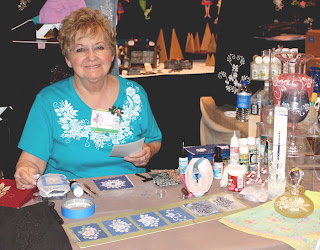 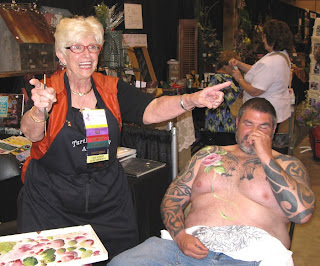 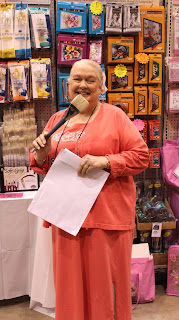 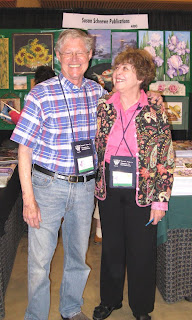 and my friends at Deco Art, Doxie Keller, Rosemary Reynolds and Sandy Aubuchon. 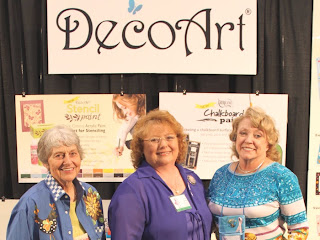 Decorative painters are not all Folk Artists. You can also find artists creating beautiful landscapes, seascapes and portraits in oils, watercolors, etc. There's something here for anyone who ever wanted to pick up a brush and paint, paint, paint........